A TEAM of researchers decoded the entire genetic information of the salamander axolotl. It is the largest genome ever to be sequenced. The “Mexican walking fish” could provide
us with the foundation for novel insights into human tissue regeneration capacities.

This extraordinary amphibian, Ambystoma mexicanu does not undergo metamorphosis but rather keeps its gills and remains an aquatic creature throughout its life. Salamanders are valuable biological models for developmental, regeneration, and evolutionary studies.
This particular critically endangered species is called the master of regeneration due to its astounding ability to regenerate body-parts. After an injury, the axolotl can regrow bones, muscles, and nerves in the right places. They can even repair severed spinal cord and retinal tissue. Due to the relative ease in breeding axolotl is a favourite biological model, cultivated in the lab for more than 150 years.

European researchers from Vienna, Dresden and Heidelberg published the study in Nature, that will open doors to explore the evolution of key tissue formation regulators. They sequenced axolotl genome.

One of the largest axolotl-colonies is maintained by the team of Elly Tanaka, now at the Research Institute of Molecular Pathology (IMP) in Vienna. The Tanaka-group that was
based at the DFG-Center for Regenerative Therapies Dresden at the TU Dresden and the Max Planck Institute of Molecular Cell Biology and Genetics (MPI-CBG) until 2016 is
studying the molecular cell biology of limb and spinal cord regeneration and how these mechanisms evolved.

By now, the team has developed an extensive molecular toolkit for the axolotl, including comprehensive transcriptome data that reveal protein-coding sequences in the animal’s genome. Using these tools, the research group identified the cells that initiate regeneration and describe molecular pathways that control the process.

In order to study gene regulation and evolution, they wanted decode genome first. Problem is, that the axolotl’s genome is huge – 32 billion base pairs, more than ten times
larger than the human genome. The sequence assembly process using existing tools had been confounded by the enormous number of large repetitive sequences in this genome.

Elly Tanaka (IMP), Michael Hiller and Gene Myers (both MPICBG), and Siegfried Schloissnig
of the Heidelberg Institute for Theoretical Studies (HITS) have sequenced, assembled, annotated, and analyzed the complete axolotl genome. They used the PacBioplatform,
a sequencing technology that produces long reads to span large repetitive regions. A total of 72.435.954 reads were sequenced at the DRESDEN Concept Genome Center. Software systems that were co-developed by Gene Myers and Siegfried Schloissnig with his team in Heidelberg were used to assemble the genome from these millions of pieces.

Turns out Axolotls are in many ways unique. The analysis of the assembled genome discovered several features that support that fact. The researchers found that several genes that only exist in axolotl and other amphibian species are expressed in regenerating limb tissue. Perhaps interesting the most, is an essential developmental gene named PAX3 which is completely missing from the genome. Another gene, PAX7, took over its functions instead. Both genes play key roles in muscle and neural development.

“We now have the map in our hands to investigate how complicated structures such as legs can be re-grown,” said Sergej Nowoshilow, co-first author of the study and a postdoctoral fellow at the IMP. “This is a turning point for the community of scientists working with axolotl, a real milestone in a research adventure that started more than 150 years ago.”

The publicly available sequence of the axolotl genome is a powerful resource for researchers to study tissue regeneration. Humans obviously regenerate some cell types
very well, such as skin, muscle and liver cells. Unfortunately, that is not the case with cells of the nervous system or with any complex tissue system.

The question is not whether science can learn something from the axolotl, but when. Hopefully, the knowledge of the processes will be translatable to human regenerative medicine. 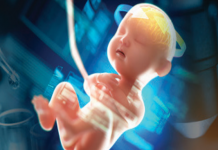 Why do snakes shed their skin?

UTM and HGIS collaborate in oil and gas field

When lack of science literacy puts us in a spot!

What makes a person happy?

‘Jom Science, Malaysia!’ – A photoblog of Malaysian scientists and their...

‘Gene edited tilapia is not GMO’