THE Developing-8 Organization for Economic Cooperation (D-8) has proposed the establishment of its very first hightechnology industrial park in Malaysia by the end of 2020.

D-8 is a 22-year-old global organisation with its headquarters in Istanbul. It was established for “development cooperation” among eight countries stretching from Southeast Asia to Africa (Malaysia, Bangladesh, Egypt, Indonesia, Iran, Nigeria, Pakistan and Turkey.

“From the very beginning D-8 has set a target to look into various sectors – trade, industries, agriculture, transportation, energy and tourism to improve the global economy of its member states.”

Present as one of the prominent keynote speaker at the MTCE 2019 hosted by MTDC, Ku Jaafar said the establishment of industrial parks in Malaysia is one of the measures to help improve Malaysia’s economic state by drawing in millions of foreign investment into Malaysia.

Despite still being at the proposal level, a Turkish company has stated interest in offering its sensor technology to the yet to be established industrial park.

Adding on, he also said a Turkish industrial park developer who was involved in developing six economic zones in Egypt has also expressed his interest in investing in the D-8 Industrial Park. D-8 is also looking at establishing other industrial parks in the member states as part of meeting the organisation’s objectives.

Ku Jaafar expressed his admiration for the efforts taken by MTDC to encourage start ups and intends to set up MTDC as an example to the D-8 member states.” He also said that MTDC would be one of D-8’s technology provider for its technology transfer programmes. 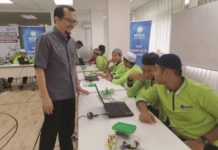 Giving back to the nation 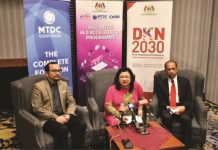 Local SMEs to soon be I4.0 competent globally

What animal dies and comes back to life? 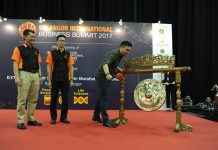 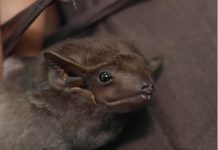 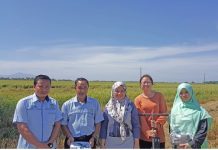 How do crocodiles release heat from the body?

Sicilian oranges – from waste to fabric, flour and fuel