The event saw the presence of some 800 guests, including Mauritius Deputy President, Ministers, VIPs, Mauritius non-governmental Organisations (NGOs), lecturers, donors and members of the public.

The recognition was accorded to Paramasivam for his contributions to Mauritius over the past 21 years where he has been expanding his expertise and knowledge skills on Language and Culture via various activities such as research and publication, seminar and conference, Students Cultural Exchange Programme, Foster Family Programme, Malaysian Food Festival and Entrepreneur tour.

He made his presence felt in Mauritius through his books which were published by UPM and became reference materials for universities and schools in Mauritius.

Paramasivam said he had visited Mauritius for as many as 50 times, the first when he was a student of UPM Bachelor Degree programme in 1996.

“Ties between Malaysia and Mauritius became stronger when I started working as a lecturer at the Faculty of Modern Language and Communications.

“Bi-lateral ties between Malaysia and Mauritius continued through the involvement of students in various activities via the Curriculum and Student Development Centre,” he said.

Earlier before the presentation ceremony, Paramasivam made a courtesy call on President of Mauritius, Prof Dr Ameenah Gurib-Fakim. ― UPM 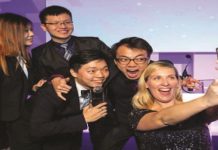 The 5Ws and H of Science

Who were the Neanderthals?

A case of man failing technology

Africa’s most notorious insects – the bugs that hit agriculture the... 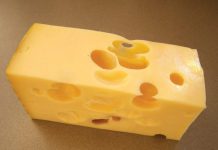 Why does Swiss cheese have holes?

Nanosatellite MYSat to be launched into orbit